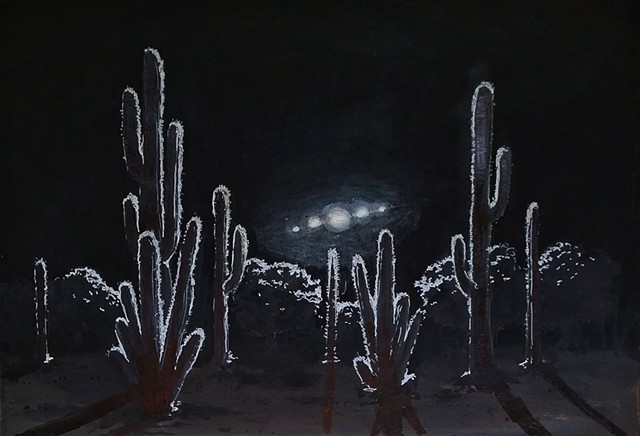 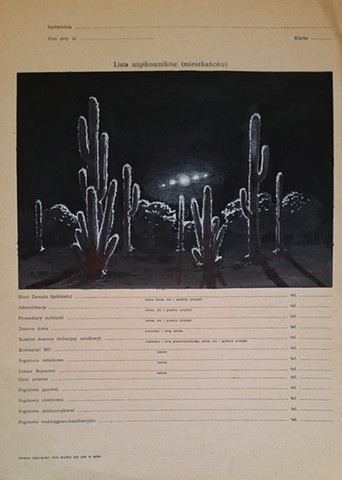 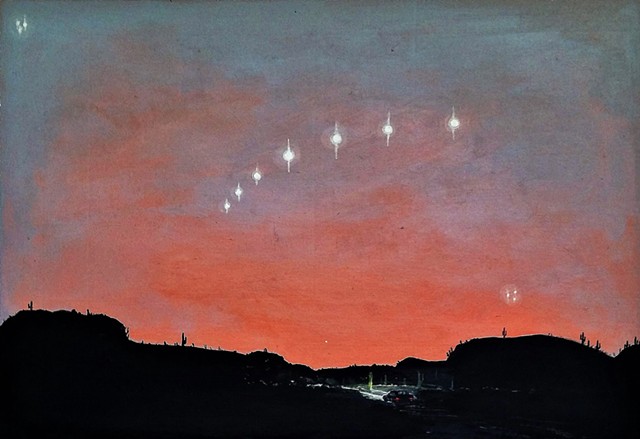 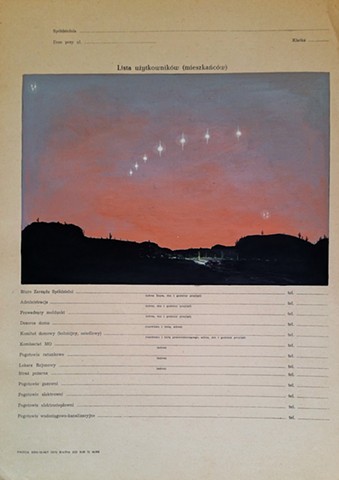 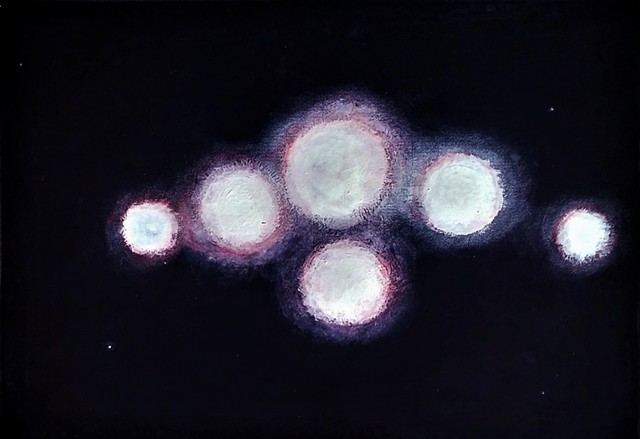 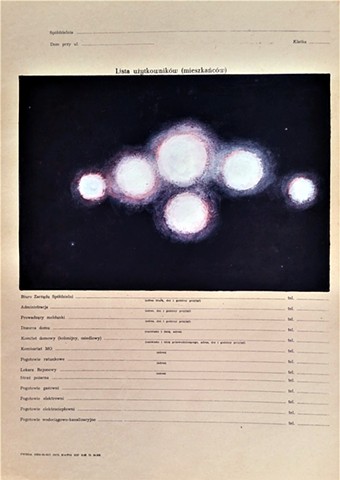 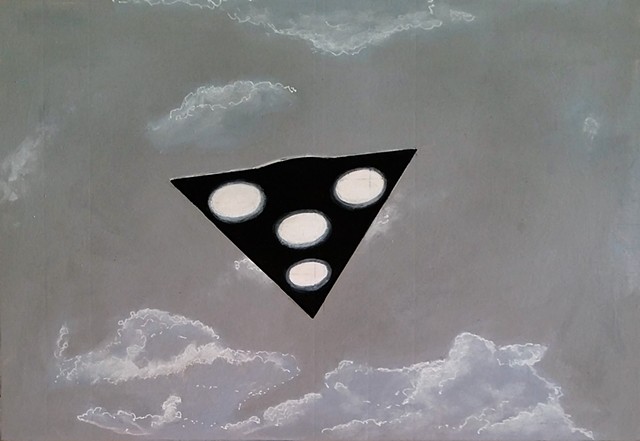 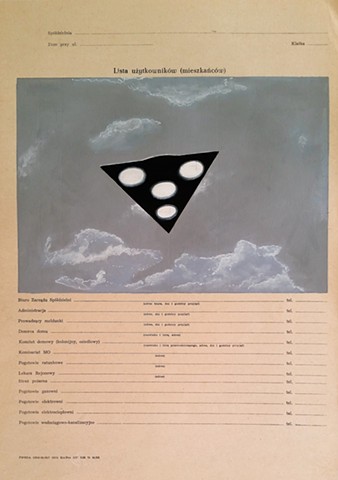 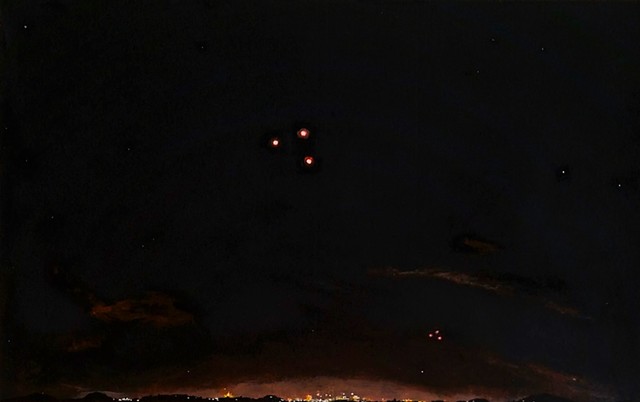 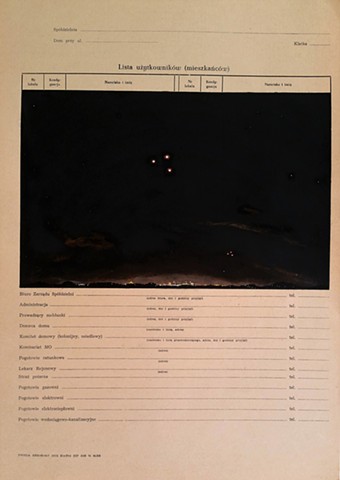 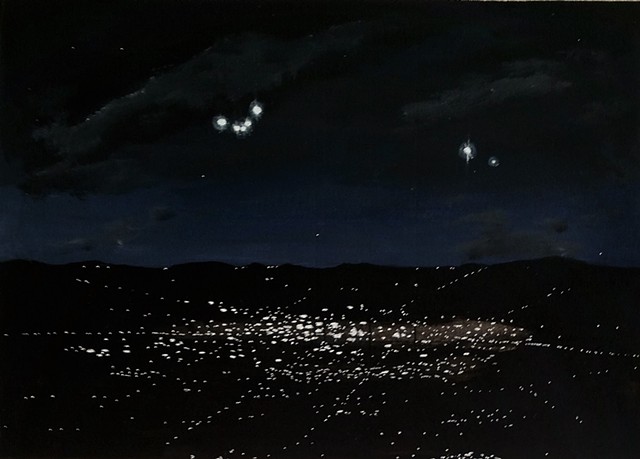 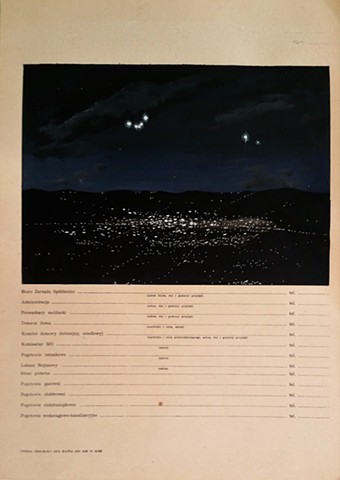 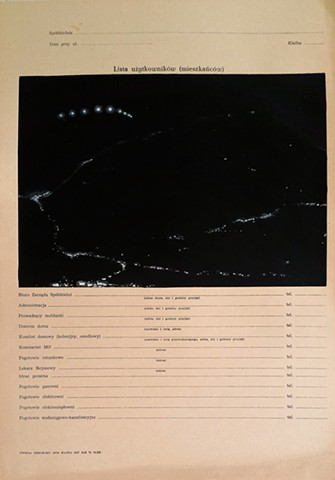 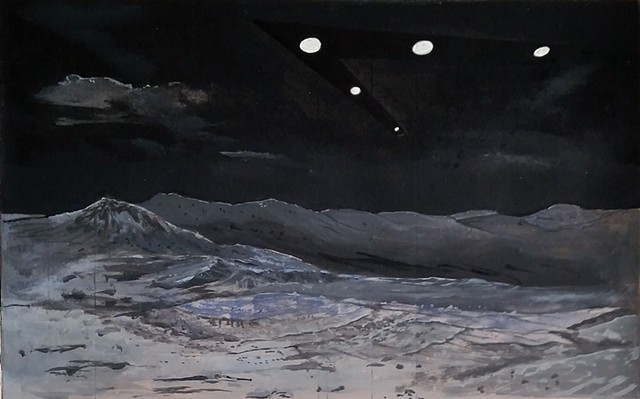 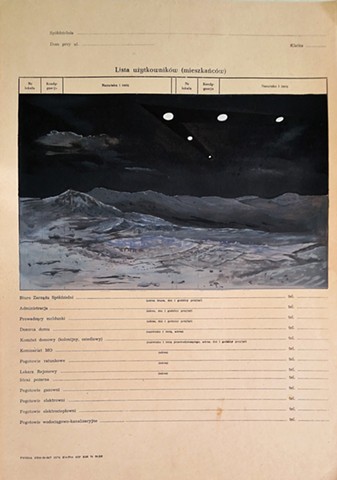 The Phoenix Lights series takes a detour from the gravity of traditional artistic subjects and pauses to observe the 20th Anniversary of one of the largest, most witnessed UFO phenomena in modern history. Using recycled, heavy, office document paper (printed in Polish), eight scenes are depicted in varying instances associated with the real event. In this matter, the goal was not to directly copy the photographic evidence, but rather to reference it through original compositions painted directly onto the paper.