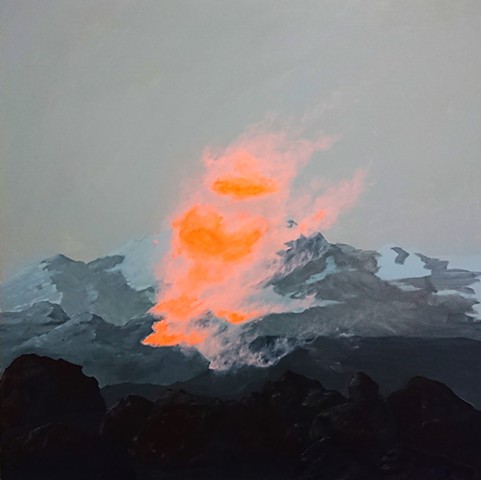 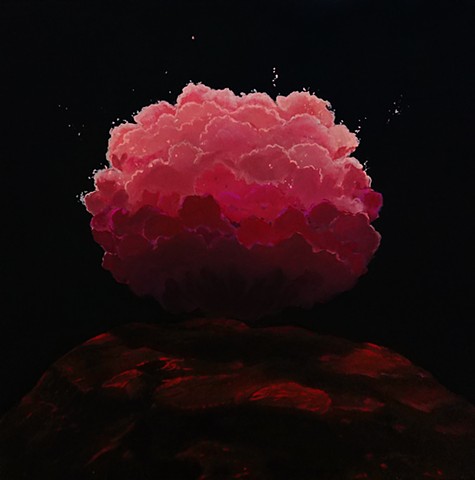 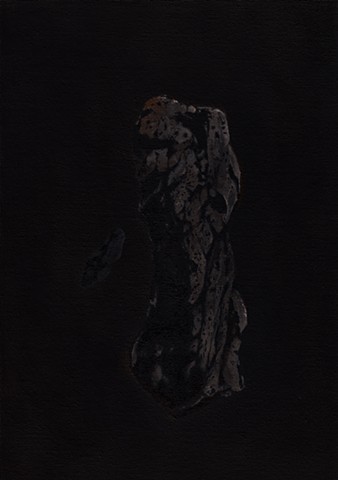 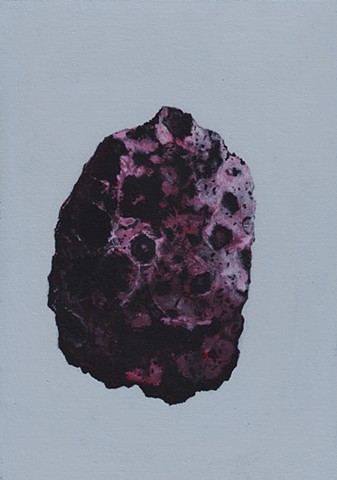 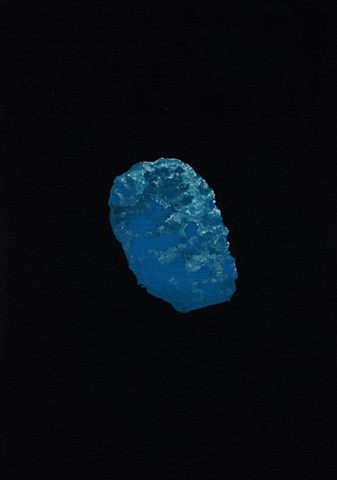 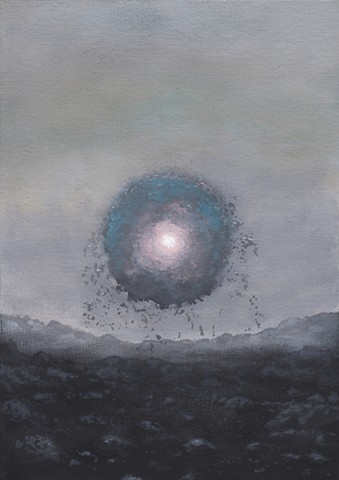 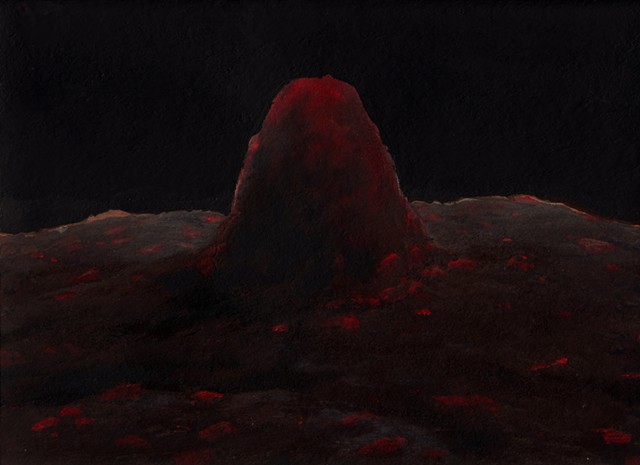 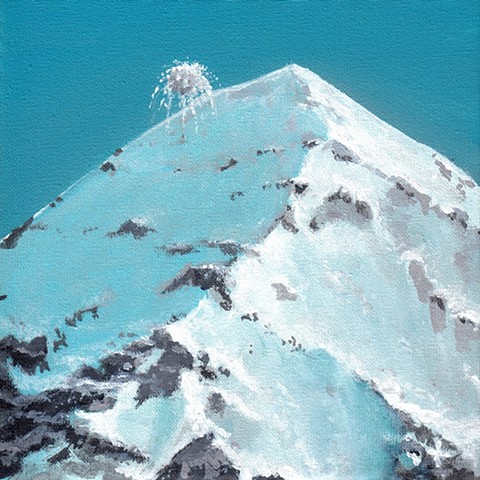 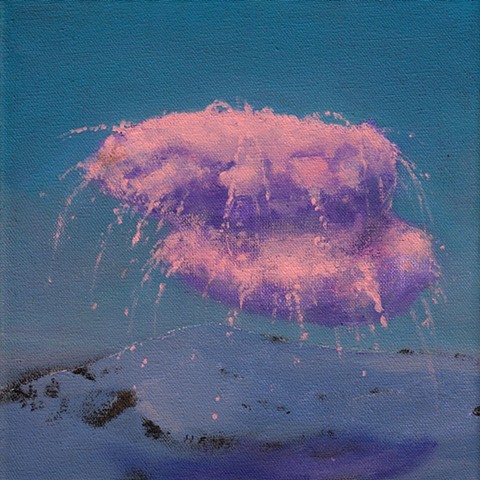 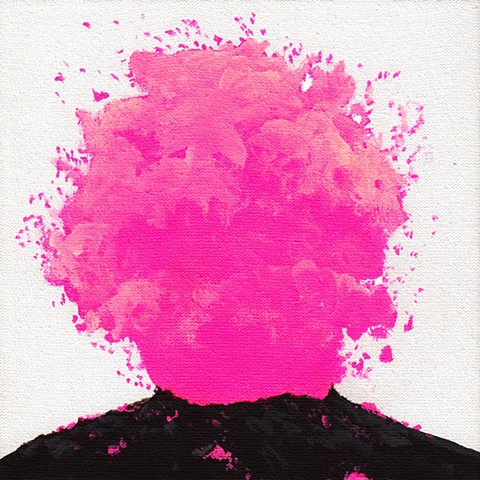 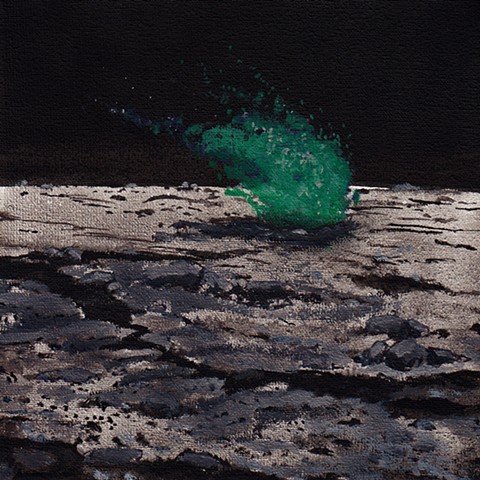 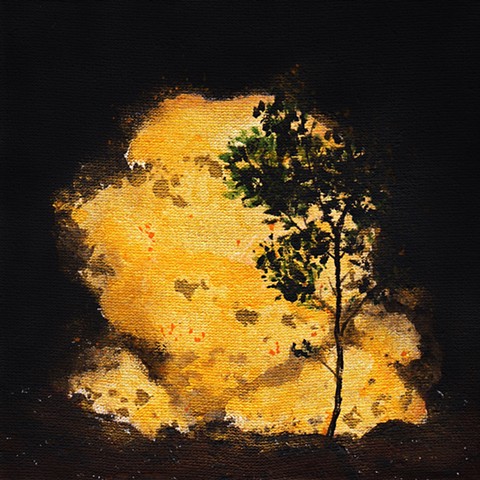 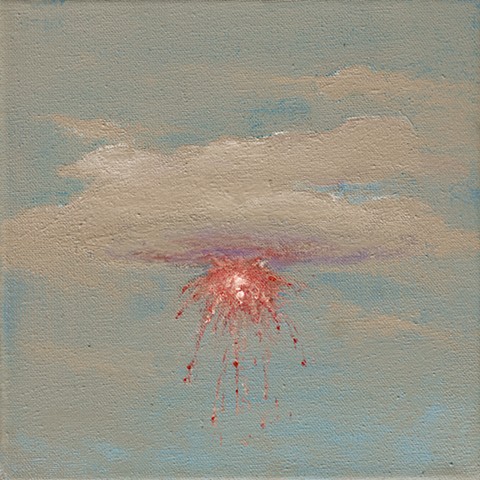 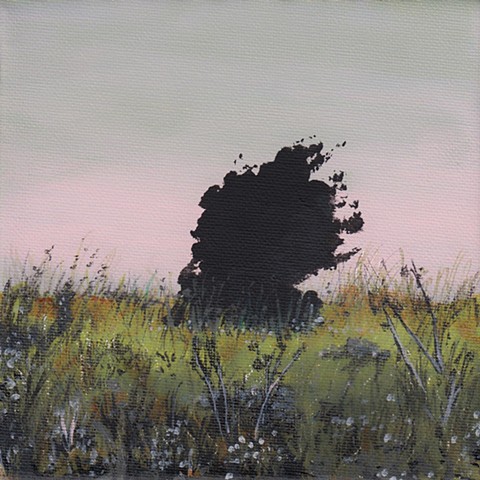 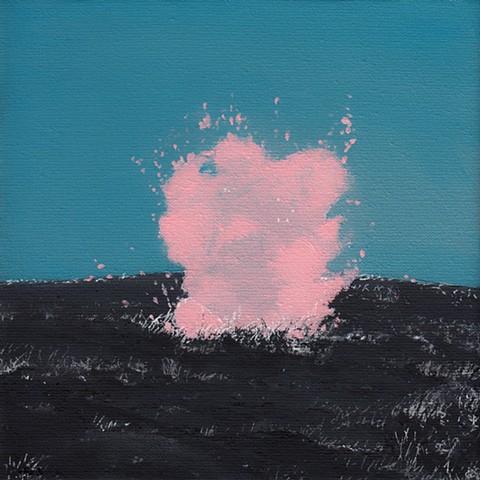 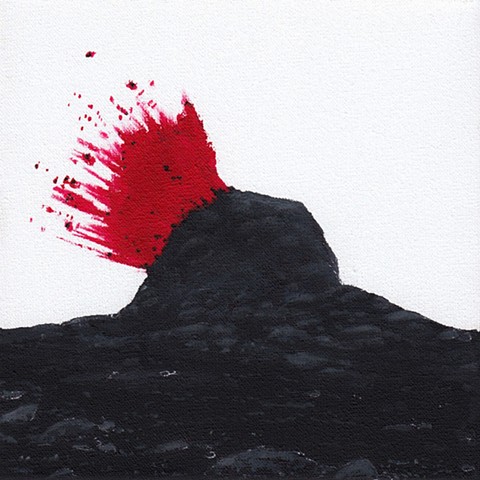 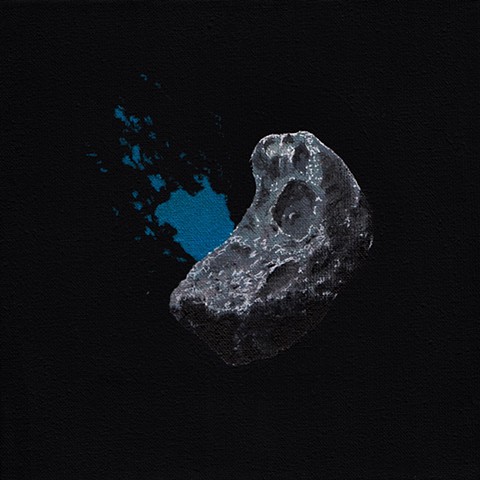 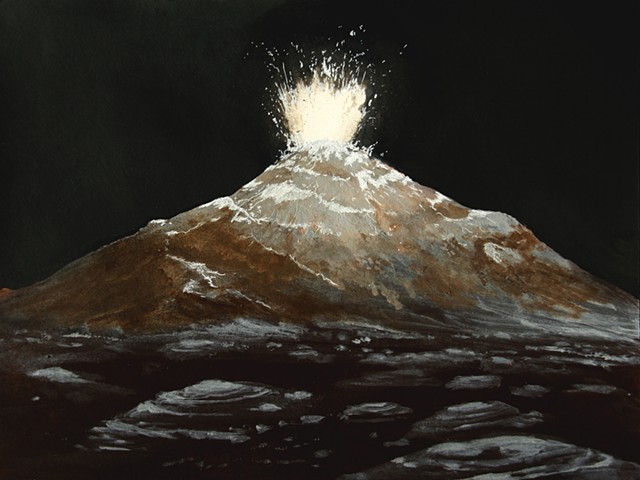 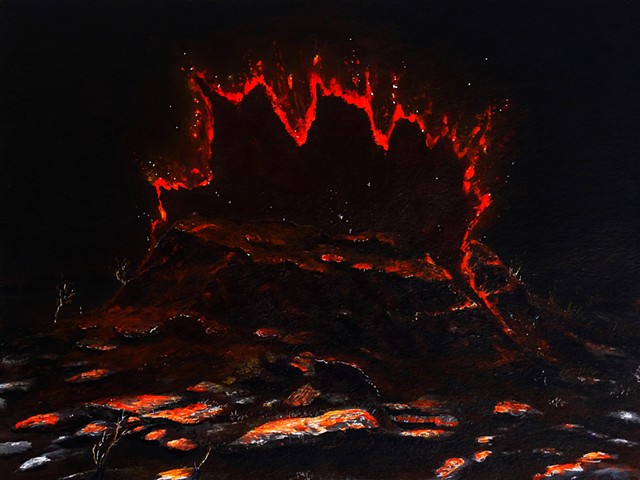 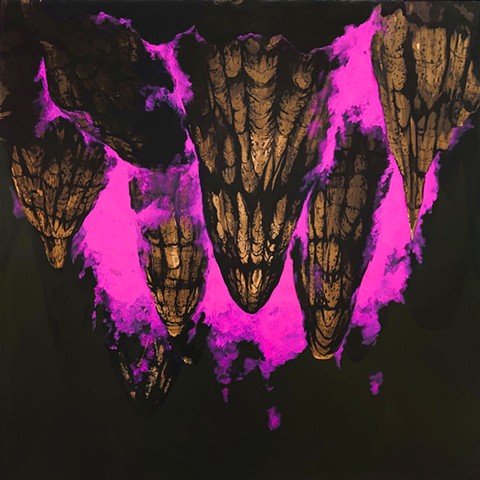 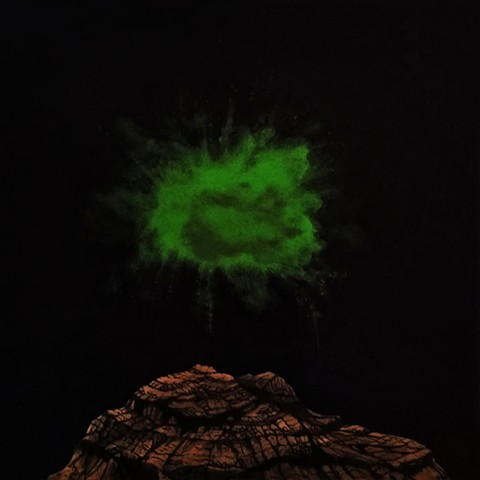 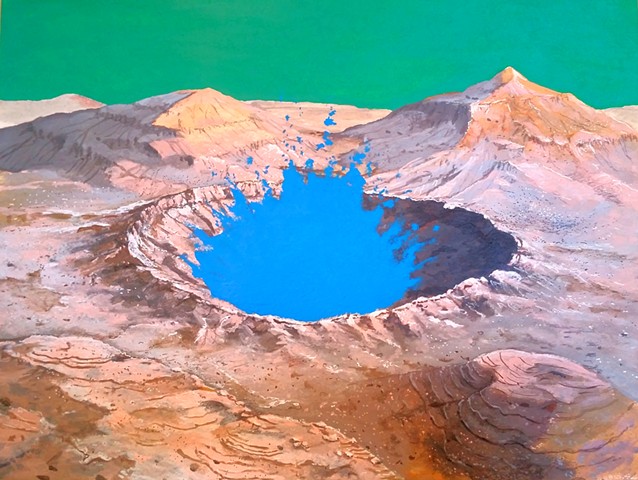 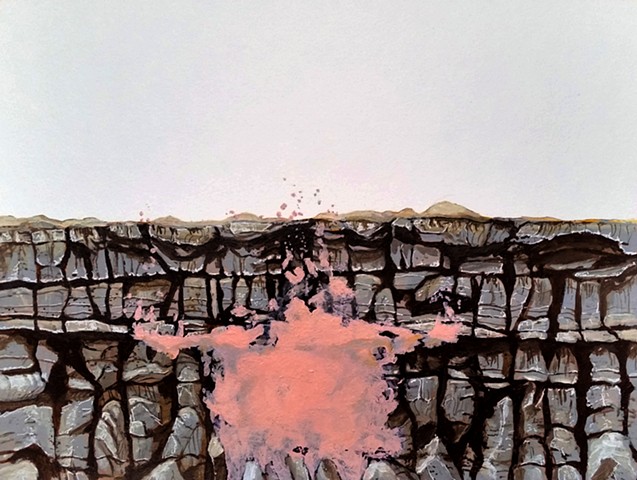 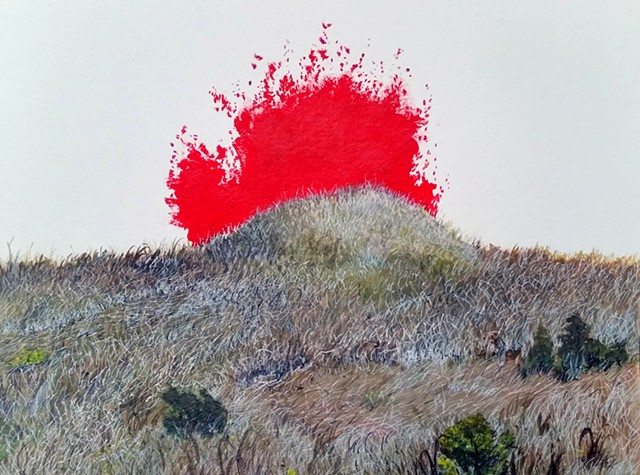 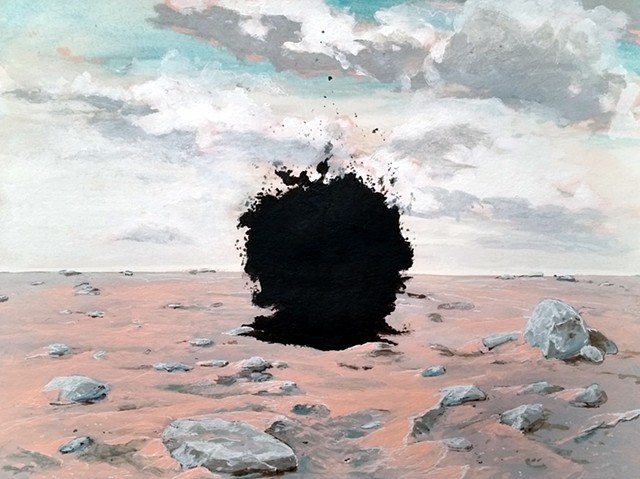 Mass I
Acrylic on Paper
A4 paper

Simply put, the MASS paintings try to break away from the pure reality of past series. Originally, the "mass" in the painting was simply a non-specific form; a shape without definition, substance or purpose. It existed in the space in order to contrast the geographical nature of the painting with something obscure and undefined. Some forms were more dimensional while others conveyed a two dimensional, flat appearance which contrasted the representational landscapes present. The addition allowed for a mixture of the real and unreal to occupy the same space. Through the course of the series, the mass has evolved to become cloud-like bursts, smoke, or explosions. To provide an explanation to their identity is rather impossible since they lack one. The mass forms exist to contrast reality and to allow for a graphic and whimsical possibility to exist within the context of the work.